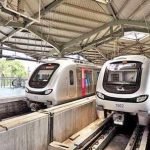 Mumbai Metro One recently announced two new travel products: a return journey token and an unlimited monthly pass. The pass is basically an upgrade of the existing 45-trip monthly pass, which will continue to be available to commuters of Mumbai Metro One. The new pass allows commuters to take unlimited rides on the Metro during the validity period of 30 ... END_OF_DOCUMENT_TOKEN_TO_BE_REPLACED 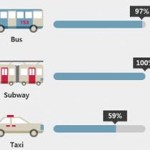 In order to increase the use of public transport in Karnataka, the ministry has initiated several proposals. To ensure buses maintain time, Vehicle Tracking System will be installed in 4,000 KSRTC buses. This system will provide information on real time vehicle location and expected time of arrival at any selected bus stand/pickup point. It will also enable people to get ... END_OF_DOCUMENT_TOKEN_TO_BE_REPLACED

Interview with: Rajat Moona, Tackling glitches and taking technology to the masses

Prof Rajat Moona, with a B Tech degree in Electrical Engineering from IIT Kanpur and a PhD in Computer Science & Automation from IISc Bangalore, is the recipient of IIT Kanpur’s prestigious If you think that the much needed Smart Cards for driving licences and tracking road offences cannot become a reality in India, then we must tell you that this technology has already been developed by IIT Kanpur in 2001 itself. It is on this very technology that the Ministry for Road Transport and Highways’ much hyped ‘Vahan Sarathi’ programme is based. And if you want to know if such a Smart Card can tell about offences committed in other states and is operable pan India, then ask Rajat Moona, the Director General of C-DAC, Pune. As Vidyottama Sharma did. The answer: Yes, it can tell you of offences committed in other States. He should know, for his former team at IIT Kanpur is the brain behind this technology that is operable throughout the country. Which leads us to the next most important question: Then, what are we waiting for? END_OF_DOCUMENT_TOKEN_TO_BE_REPLACED 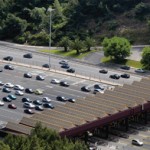 Toll systems in India have to put in place innovative strategies and efficient technologies. This is important to avoid customer inconvenience and revenue erosion, writes Prince Mitra, Head of Technology, Soma- Isolux, ITS & Highway Traffic. END_OF_DOCUMENT_TOKEN_TO_BE_REPLACED

Daily commuters to have Smart Cards 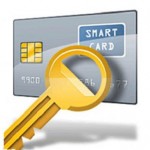 The Urban Development Ministry has proposed a single smart card scheme – One India Card – that can be used anywhere in the country by daily commuters who use different modes of transport. The use of the single ticketing card is also planned to be extended to cars and taxis in the future and can also be used to pay ... END_OF_DOCUMENT_TOKEN_TO_BE_REPLACED