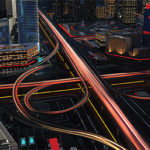 According to one study from INRIX, a leading provider of transport insights, Los Angeles commuters spent over 100 hours a year in traffic jams in 2017 – more than any other city in the world. Additionally, London traffic jams cost drivers the equivalent of £2,430 (US$3,135) each, equal to more than £9.5 billion (US$12.3 billion) across the city as a ... END_OF_DOCUMENT_TOKEN_TO_BE_REPLACED 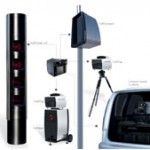 Jenoptik is a world leading supplier of enforcement technology with solutions to address every conceivable traffic enforcement requirement. It offers a complete range of enforcement technologies that can be used to identify and process traffic offences, including spot speed, average speed (P2P or section control), red light, speed on green and many more. Key to these capabilities is the wide ... END_OF_DOCUMENT_TOKEN_TO_BE_REPLACED

The ambitious safe corridor project on the 80km stretch from Vetturoad to Adoor near Thiruvananthapuram, one of the most accident-prone stretches in the state has begun. As per the data collected by National Transportation Planning and Research Centre (NATPAC), the agency carrying out the pilot study on the project, around 1200 accidents happened on the stretch in the past three years. The project, which aims at bringing down the accident rate to zero, will be implemented with financial aid from World Bank by the Kerala State Transport Project, a Kerala PWD programme. The KSTP has set aside `60 crore for carrying out safety projects on the roads coming under its jurisdiction. According to NATPAC Director B G Sreedevi, the project is being implemented with the help of local bodies, police department, motor vehicles department and hospitals in the area. ?Interestingly, when good roads was provided, accidents also showed an increasing trend. Hence a detailed study was done,? said Sreedevi. A Progess Report. END_OF_DOCUMENT_TOKEN_TO_BE_REPLACED

Cosmic Traffic Systems Pvt Ltd Cosmic Wheel Clamp Made out of weather-resistant heavy steel with inbuilt locking system and provided with a handle. It can be adjusted to fit 7 to 11 inch width tyres. Double protection to resist cutting and drilling. Soft coated to prevent wheels or rims from damage. Suitable for light motor vehicles and two wheelers. Cosmic ... END_OF_DOCUMENT_TOKEN_TO_BE_REPLACED 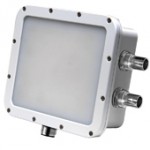 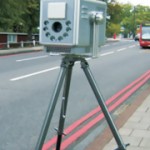 D-Cam A cost-effective, accurate, fast and data-secure solution with automatic speed verification which can be used for both speed violation and red-light violation detection. Can be connected to different sensor technologies and used at both mobile and permanent sites. Uses a unique secondary speed verification method through which the primary speed measurement can be verified. Vehicle is always photographed in ... END_OF_DOCUMENT_TOKEN_TO_BE_REPLACED 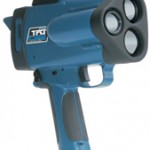 LTI 20-20 TruCam Measures speed, distance and GPS coordinates of passing vehicles and also calculates the travel time and distance between vehicles. All measurements are combined with a colour video recording and high resolution digital images. Has speed accuracy of +/- 1 mph and distance accuracy of +/- 6 inches. Speed range up to 200mph for approaching vehicles, and up ... END_OF_DOCUMENT_TOKEN_TO_BE_REPLACED