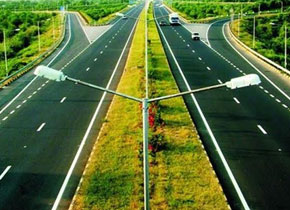 Telengana government will be executing its flagship programme of Haritha Haram to turn national highways into green corridors. The event is set for the first week of July. Forest officials are planning to organize a mega event which will be joined by Chief Minister K Chandrashekhar Rao in Karimanagar district.

Haritha Haram is a flagship programme to increase the 24 per cent tree cover in Telengana to 33 per cent. The main motive behind the programme is to lessen the emission effect caused by the traffic on national highways, and to create environment-friendly highways.

Telengana government plans to plant 40Cr saplings to enlarge the forest area in the state. Out of which 25 lakh saplings will be planted in Hyderabad. Under this policy, 140,000kms of national highways are planned to be surrounded by trees. Additional Chief Conservator of Forests RM Dobrial also urged to the authorities of national highways to assist the programme by funding Rs 34.21Cr for this purpose.

“We will put this initiative under MNREGA scheme,” said Union Minister for Road Transport and Highways Nitin Gadkari.

Previous: Artificial intelligence will be the driving force soon
Next: Schneider Electric India and IL&FS for Naya Raipur