The future impact of self-driving cars 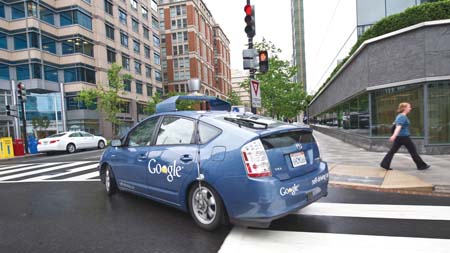 The most striking innovator is perhaps Google, a company better known for its maps and search engines that had not ventured in the field of internal combustion vehicles. Google has implemented its self-driving cars on different existing brands: Toyota Prius, Audi TT and Lexus and they have been all over the media.

Very soon after Google?s announcement, conventional car manufacturers let it known to the world that they were also working on self-driving vehicles (SDV). Audi, Volvo, General Motors, Nissan, Mercedes-Benz, BMW, Toyota, Volkswagen and even Telsa are all developing, often with a local university, versions of autonomous vehicles. Similar news have appeared in the past but this time they are much more credible as we can see the vehicles self-driving in actual streets, stopping for pedestrians and correctly interpreting cones marking roadworks and other hazards.

There seem to be three main factors supporting this effort: (a) significant increases in computer power and software coupled with major reductions in costs, (b) major improvements in mapping and route guidance supported by Global Positioning Systems (GPS) and (c) the fact that new cars are increasingly including features such as adaptive cruise control and parking assist that provide some of the components of a full self-driving package.

Modern cars are indeed full of electronics and computer control of ignition, braking, traction and other aspects of driving. Some are capable of self-parking and deploy adaptive cruise control (ACC) that responds to traffic conditions. Putting these features under a central in-vehicle control, combined with improved sensors to gain a better understandingof the driving environment, seems to be an attractive and increasingly feasible idea. There seem to be two main hurdles to overcome: the high cost of good quality sensors that will surely come down as demand for them increases and legal barriers to the circulation of SDV in public roads. 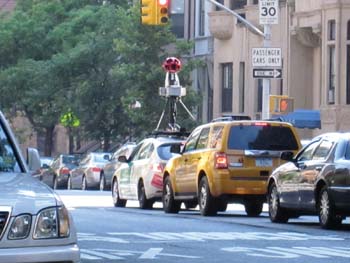 In the US and Europe, states are proceeding with enabling legislation. California, Florida and Nevada have enacted bills to regulate SDV licensing and operation. Others will follow suit as the benefits of autonomous vehicles promise to be enormous. It is noticeable that the main SDVs initiatives do not rely on dedicated IT infrastructure on the road; they mostly assume that none will be available, there will be no central control but autonomous vehicles will be able to communicate and cooperate among themselves in solving priorities and potential conflicts.

Origin and future of SDVs

Car technology did not change much until computers were widely available and intelligence and sensor could be incorporated in several of its functions. In 2004 the US Defense Advanced Research Projects Agency (DARPA) launched its two million dollar Grand Challenge, attempting to demonstrate the technical feasibility of completing a 170 mile route without driver intervention. That year the best team achieved just seven miles but five teams completed the route in 2005. Two years later six teams completed the Urban Challenge with realistic every day driving conditions. At the time of writing, Google cars have completed over 800 thousand kilometres in open roads in the US without driver intervention and, perhaps surprisingly, without accidents.

Level 2 ? Combined Function Automation: Automation of multiple and integrated control functions, such as adaptive cruise control with lane centering. Drivers are responsible for monitoring the roadway and are expected to be available for control at all times, but under certain conditions can disengaged from vehicle operation.

Level 3 – Limited Self-Driving Automation: Drivers can cede all safety-critical functions under certain conditions and rely on the vehicle to monitor for changes in those conditions that will require transition back to driver control. Drivers are not expected to constantly monitor the roadway.

Level 4 – Full Self-Driving Automation: Vehicles can perform all driving functions and monitor roadway conditions for an entire trip, and so may operate with occupants who cannot drive and without human occupants.

Self-driving vehicles will be in our roads in the 2020s and will change our use of vehicles with significant planning and policy implications. For private concessions, in particular urban toll roads, this is an element of risk that can no longer be ignored.

Level 1 is available today and some high specification cars offer functions of Level 2, Levels 3 and 4 are still in the testing stage. At Level 4 you will be able to summon a car from your mobile phone; the car will come and take you to your destination where you will release it to park itself or serve another customer. It will not be necessary, perhaps not even desirable, to own it as you will be able to use it by the minute at a much lower cost than a current human-driven taxi.

Most analysts expect Level 4 cars to be available in the showrooms by 2018 to 2020. They will cost more than a conventional car, perhaps some additional US$10,000 reducing over time to $2,000 or even less over time.

There seem to be two main and complementary objectives behind their development: reducing traffic accidents and minimising the burden of the driving task. Human error is the main cause of traffic accidents all over the world. It has been estimated that the costs of traffic accidents in the US alone is around $ 300 billion. A well designed self-driving car will not get drunk, will not be tired or distracted, will be fully aware of pedestrians, cyclist other vehicles and traffic lights, will not drive above the speed limit and will even adjust the speed to weather conditions. Up to 95% of the traffic accidents could be eliminated if the whole fleet is composed of SDVs. This is perhaps and overestimation as it is much more difficult to make self-riding motorcycles for a number of practical reasons. Nevertheless, the reduction in accident costs and premature deaths and injuries will be the main driver in the adoption of self-driving cars. The objective of reducing accidents rates to the levels found in other modes like rail and air is a very attractive one.

The second major impact will be in reducing congestion. Part of this effect is just the reduction in accidents and incidents; they contribute to congestion and unexpected delays. The main effect on congestion is expected from smoothing traffic, instant reaction times that allow cars to drive closer to each other, and greater cooperation at conflicted movements. Better cars have already resulted in capacity improvements of over 10% in the last 15 years. In practice, autonomous vehicles will further increase the capacities of our roads without having to widen them. The effects on congestion and accidents will depend, of course, on the penetration rate of SDV in the car fleet.

It is expected that autonomous vehicles will also reduce fuel consumption and environmental impacts. However, there may well be induced car traffic as some travellers would find it more practical to use them than less reliable bus services. Overall, there may be a reduction in the number of cars, one SDV may serve many people in a day, but an increase in the number of vehicle kilometres driven.

Self driving cars may be available in 2020 but we cannot expect fast market penetration in most emerging nations because of their additional cost. Nevertheless, they will come and change transport policy and planning and policy considerably. For a start, many new facilities, roads and public transport systems, are justified on the basis of increased congestion elsewhere. Urban toll roads, in particular, will be vulnerable to the congestion reduction effects of SDVs from 2025 onwards in Europe/USA and 2030 elsewhere.

I would expect that infrequent public transport services will also suffer from reduced demand once SDVs become widely available at lower cost. Taxis will be also at risk for similar reasons. On a more positive side, autonomous vehicles will strengthen the trend to share the use of vehicles thus reducing the burden of purchase costs. SDVs will also provide mobility when needed to people unable to buy or drive a car (the elderly, the young).

There are, of course, obstacles ahead. One is legislation enabling their deployment; others include liability, security and privacy issues. Given the improved safety of SDVs, it is likely that liability will rest on the manufacturer and that those insisting on driving themselves will be required to pay a higher insurance premium. In any case, ?black boxes? are an integral part of autonomous vehicles and therefore it will be easier to establish responsibilities for any accident.

Dr Willumsen is an internationally recognised authority in transport demand modelling and planning. He has an extensive experience as a consultant for over 20 years, working in some 30 different countries. He has made major contributions to modelling techniques and the estimation of future traffic and revenue projections for Toll Roads, Mass Transit and Rail concessions.

Previous: Interview: Improving Integrated Traffic Infrastructure with ITS
Next: Focus on discipline and equity in using scarce road space in cities – A pilot project for Western Express Highway in Mumbai 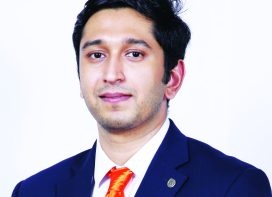 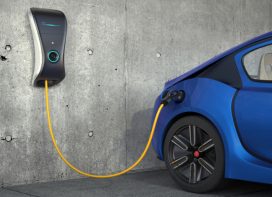 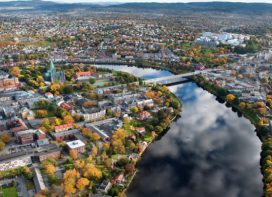 Innovative Intervention on Mobility and Energy