Though technology has transformed the business landscape of many sectors, our roadways have not kept up the pace of development. Globally, billions of dollars are spent on designing energy-efficient, future-ready vehicles. But, we are yet to witness a real revolution in highway and road construction technologies. Akhilesh Srivastava, Chief General Manager, T/IT & Highway Operation, National Highways Authority of India, examines how the roads of the future would look like and why there is a need for change.

Report indicate that the world’s vehicle count will grow by 3% every year until 2030. These vehicles will be used majorly in megacities, as 75% of the total global population will live in cities by 2050.

So, how will we cope with this surge in vehicular traffic? The answer lies in – Technology. Just like our cities, our roads will get smart in the coming years. Let’s take a look at some of the predictions regarding the future of highways. Some of these projects are currently in the prototype stage, whereas others are still in the initial stages of planning. 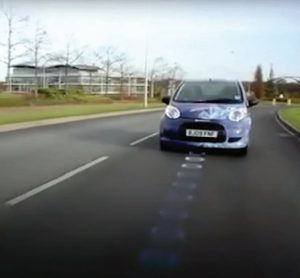 Our future roads have the potential to become massive power generators. Solar panels on the streets will harness the energy from the sun and convert it into electrical energy that can be used for various purposes. Thus, cutting down our reliance on fossil fuels for energy. Several companies across the globe are exploring the potentials of harnessing energy from roads. The Glowing Lines project is a 500- meter long road in Netherland. The lanes of the highways are painted with light-absorbing paint. These paints absorb sunlight by day and glow at night, guiding drivers. In Jinan, a city in China, a company is experimenting by laying solar panels on a major highway. The energy generated from these solar panels will be used to light up the roads at night. A similar trial is being conducted by Colas, a French startup in partnership with the National Solar Energy Institute.

Roads that charge Electric Cars
Electreon is a start-up based in Israel working on a technology, which will allow electric cars to charge while they are in motion. The company uses special coils that are buried beneath the asphalt of roads. These coils provide on-the-go charging for vehicles using the road. The project director states that these roads eliminate the need for charging infrastructure, reducing the environmental impact of electric cars.

Smart Highways
Several companies worldwide are working on creating a network of
smart highways that rely on sensors to detect and reroute traffic in realtime. The intelligent sensors for these highways will be embedded
in the roads as well as on the vehicles. These highways have the potential to prevent crashes by detecting the speed, momentum, and position of vehicles. If any of these parameters change abruptly, the system will override the vehicle’s manual control system and prevent a collision.

Self-healing Roads
The highways of the future will also be low maintenance. Research is being done on the development of self-repairing materials that will reduce maintenance costs. 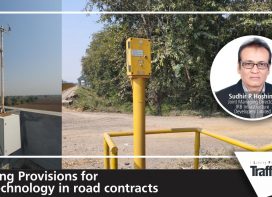 Including Provisions for new technology in road contracts 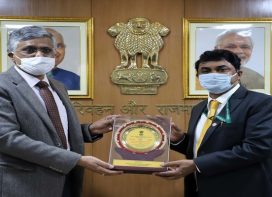 MoRTH and DRDO to manage geo-hazard