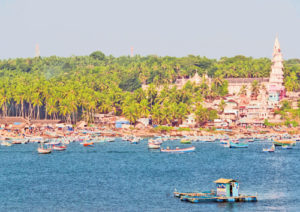 The Government of Kerala in 2002- 03 approved a set of projects under Capital Region Development Project (CRDP) for the planned development of the Capital City. These projects are under various stages of implementation. Of this, Thiruvananthapuram City Road Improvement Project, (TCRIP) comprising development, operation and maintenance of approx 42km of important city roads has achieved completion.

The Government of Kerala has now decided to take up additional projects as Phase-II to supplement the above with the objective of sustainable improvement of urban environment of the Capital Region.

The Capital Region Development Project (CRDP-II) has taken up city-region infrastructure projects such as:

The High Power Committee under the Chairmanship of the Chief Minister, which oversees the CRDP initiatives, has decided to take up the first four projects on a priority basis.

Need of the Project 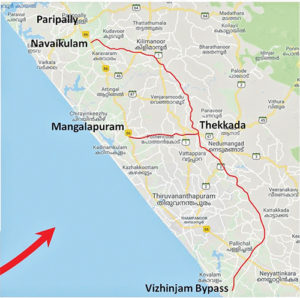 Kerala has the advantage of having a higher share of educated and professionally qualified youth in its population which far exceed the national average of India. Over the past three decades, technically qualified and skilled youths of the state have been taking advantage of the high employment opportunities in the Middle East. However, there has been a steady decline in this trend. Therefore, the state needs to act urgently to accelerate public and private investments in employment generating activities to help generate adequate earning opportunities for the growing up generation.

Further, the financially sound first and second generation non-resident Keralites in the Middle East will be looking to return in the next decade due to retirement and retrenchment who will have investible wealth and adequate entrepreneurial and/or employable skills.