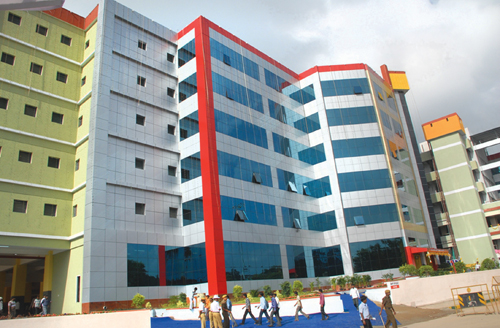 Sustainability is the buzzword in the sphere of government run organizations in general, and public transport corporations in particular. This can be achieved by developing robust transport civil infrastructure. It not only provides facelift to the public transport system but also can be a perennial source of income to the organization to sustain the spiralling prices of the petroleum products. Bangalore Metropolitan Transport Corporation made it a pioneering success by constructing ten traffic transit management centres (TTMCs) in Bangalore.

Bangalore Metropolitan Transport Corporation (BMTC) was incorporated into a separate entity after bifurcating from Karnataka State Road Transport Corporation (KSRTC) in 1997. Within a short time, by 2013, BMTC has led by example in being the only Public Transport Corporation to ferry more than 4.8 million commuters every day within the city of Bangalore. The organization comprises a fleet of over 6600 buses covering an area encompassing a radius of 40.4km from the city centre. In a day, BMTC operates on 585 city and 1858 suburban routes, running 13.5 lakh km and making 80750 trips. BMTC has a 34,729 strong labour force to carry out different activities of BMTC bus operations. It has 39 Depots, two Central Workshops, six major bus stations, 41 minor bus stations and ten passenger amenities centres, popularly known as Traffic Transit Management Centres. 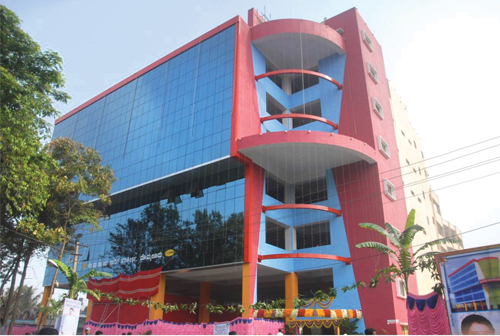 The plan of constructing the TTMCs was conceived by BMTC when the Government of India launched Jawaharlal Nehru National Urban Renewal Mission (JnNURM) to improve urban infrastructure in different cities of India. Bangalore is one among the 65 cities identified as being eligible for JnNURM assistance. In pursuance of this, BMTC formulated a ?Vision Plan? with an outlay of `3000Cr spread over five years.

The main objective of these TTMCs is to provide Urban Transport Infrastructure with several amenities under one roof and encourage the following:

? To meet some of the objectives of the Indian National Urban Transport Policy (NUTP).

? To provide an integrated transport facility with adequate amenities and conveniences to cater to the requirements of all users group.

? To ensure smooth flow of traffic to and from the terminal so that there is no congestion / disturbance caused to the traffic along the main road.

? To encourage use of public transport and provide first-last mile connectivity through provision of park and ride facilities in the proposed bus terminal.

? To facilitate commuters to park their personal vehicles & access to public modes of Mass Transport. 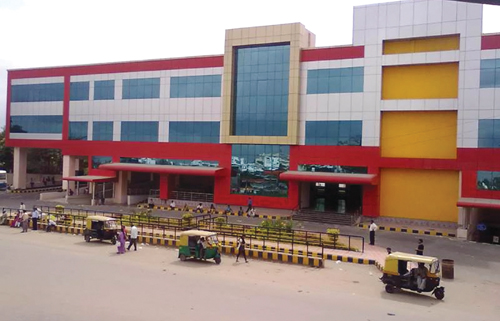 BMTC designed unique, innovative Traffic Transit Management Centres wherein, the public can come from their places in personal vehicles to the public transport mode and make use of all the public amenities provided and return to their destinations. They get all their daily requirements at a single place. This will help the city to minimize congestion and also reduce the pollution hazards. This system can be integrated with other modes of transportation systems like metro, mono and express rail corridors.

Comfortable rest places for the passengers

Police out post for security and safety of passengers

Counter for payment of Excise and Commercial Tax returns

Counter with public telephone facility and a photocopy centre

Counter for courier services for both domestic and overseas

Counter for Tourism outside the State

All the TTMCs were operational by April 2011. These TTMCs are located in the prime areas of Bangalore city such as Jayanagar, Shantinagar, Vijayanagar, Yashawanthapur, Koramangala, ITPL, Bannerughatta, Domlur, Kengeriand and Banashankari.

Financial: The TTMCs are the role models for the transport infrastructure, under which the passengers gets maximum benefits related to public transport. These centres have emerged as important transport hubs to increase the ridership for the BMTC and are perennial source of revenue, helping in the financial sustainability and development of the BMTC. The park- and-ride facilities encouraged the people to use the public transport. The opening of various Government and corporate offices brought the services to the door step of the people.

Social and Economical: The centres are the meeting places for all categories of people who wish to travel by public transport. The economic activities became brisk by the emergence of these centres. The easy accessibility of public transport helped people to access modern facilities. The establishment of departmental stores and entertainment centres in these buildings helped create socioeconomic centres.

Cultural: The centres became the meeting centres for people of different cultures. The clean and systematic bus stations encouraged people to mend themselves to suit the situation. The aesthetic look of the building, seating arrangements, passenger information system, spic and span premises, improved signage and disciplined arrival and departure platforms helped to avoid confusion in availing public transport service. The multilevel park-and-ride facilities are much appreciated by the users.

Environmental: The main objective of this project is to assist in environmental conservation by way of reducing the personal of vehicles thereby, saving petroleum products for the nation. These buildings are constructed with the plan of using natural lighting and rain water harvesting is made compulsory in constructing these buildings. The bus maintenance depots are established in the basement area to avoid dead kilometres and save energy.

Reduction in Accidents: The accident rates in BMTC have been coming down over the years.

The following are the lessons learnt from this project.

1. Development of civil transport infrastructure is a must for operating public transport

The infrastructure is the backbone of the public transport system. This must be developed with the considerations of utility, spaciousness and commuter comforts. The large space provided will encourage making the place as a hub for public transport. The spacious buildings can easily accommodate passenger requirements and make public transport comfortable.

2. There is a need for integration of different modes of transport

The TTMCs under this project are multimodal hubs. Persons having two wheelers and four wheelers can park their vehicles and travel by public transport. There is a provision for the other modes of public transport like taxis, auto rickshaws and buses for outside city services to railway stations and airports.

4. Transparency is a must for public sector enterprises.

BMTC adopted transparent systems in establishing the TTMCs from the beginning. The agencies were selected through transparent ways and were constantly supervised in implementing the projects on time. This helped in speedy completion of the projects well in time.

5. Civil infrastructure help in getting sustainable means of revenue sources.

Normally, public transport corporations get revenue from the sale of tickets and passenger passes which is known as traffic revenue. There is a revenue source other than traffic revenue which is known as the commercial revenue. This is realized through letting out the building space available with the public transport corporations. Traffic Transit Management Centres have a site area of 1,43,248 m2 and parking for 2800 two wheelers & 3715 four wheelers. The total expected revenue from these buildings is more than `48 crore per annum. This will help BMTC to make good the loss caused due to increase in the fuel prices.

Previous: Nation on the move – A lifetime of research into transportation
Next: Procurement and Tendering Process in ITS projects – Before procuring, look where technology is going