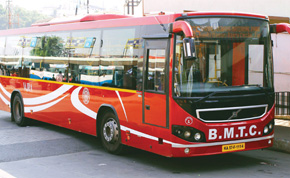 Praja.in is a community of part time volunteers who brainstorm, blog and promote advocacy of various urban transformation initiatives. Ravi Chandran of TrafficInfraTech spoke with the core members to understand their journey

During the period spanning late 2005 and early 2006, Pranav Jha, a successful professional, found himself drawn towards doing his bit for a social cause. He started a blog where he began writing on several topics. To his amazement, he found through this medium that there were several like-minded people, in different locations, with similar ideas and concerns. Two such people were Vadiraj and Narasimha Shastri. Though they were spread out across US, UK and India, they found that between them they had the content and technical skills to create a dedicated website. And so Praja.in was born in 2007.

Within one year, they had reached ten thousand registrations on the site, and the core group only kept expanding in number. Initially they blogged about traffic problems – roads, congestion, cars and similar topics. They soon realised that just talking about road widening and dysfunctional flyovers was not enough. They had to go deeper, think through the problems and come up with solutions. They also had to reach a wider circle of followers.

One way to do this was to focus on advocacy. This line of thought led them to form an NGO Praja RAAG (Research and Advocacy Group) in 2010 with twenty core members. The members today brainstorm on various issues and essentially do the entire advocacy themselves under this banner.