India’s tunnel sector has continued its growth momentum in the past few years. The growth of this sector has been driven by the robust pipeline of projects in the urban rail, railway, roads & highways and hydropower projects. The scope of tunnel projects is also expanding as a result of growing urbanisation and the rising demand for better infrastructure. TrafficInfraTech present a few of the important projects 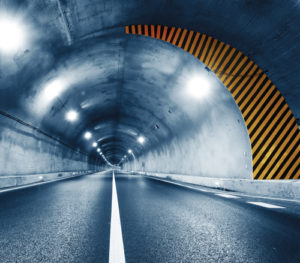 Tunnel development in the country is driven by investments in the railway, roads & highways, metro rail, hydropower and water & sewerage sectors. The roads and highways sector have witnessed limited tunnel construction, though some has taken place in hilly regions. Metro rail tunnelling is a recent phenomenon and has been spurred by the decision of dense cities to develop efficient public transport systems.

For instance, Indian Railways is implementing its biggest project so far – the Katra-Qazigund railway line in Jammu & Kashmir – which involves the development of a total tunnel length of 161.55 km. In the metro rail segment, Mumbai Metro Rail Corporation Limited awarded the construction of the 33.5 km underground length running along the Colaba-Bandra-Santacruz Electronic Export Processing Zone stretch. The tunnel construction work is estimated to entail a total investment of Rs 181 billion.

Conventional methods of drill and blast, boring, cut and cover have been the preferred techniques for development of tunnels across sectors, particularly hydropower, railways and roads. New and innovative materials and ancilliary equipment such as geosynthetics, geomembranes, steel anchors and self-drilling rock bolts have been deployed to improve the durability and strength of tunnels. 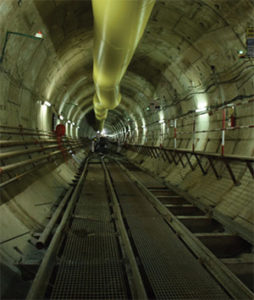 The 33.5-km long construction of Line 3 of the Mumbai Metro or the Colaba–Bandra- SEEPZ line will be the first underground metro line in Mumbai. The metro line will connect Cuffe Parade business district in the extreme south of the city to SEEPZ in the north-central with 26 underground and one at-grade station. Line 3 is expected to reduce road congestion, besides reducing the load on the Western Line between Bandra and Churchgate. The project is being implemented by the Mumbai Metro Rail Corporation Limited (MMRCL). The line starts at Cuffe Parade, will run through Nariman Point, Churchgate, CSMT, Girgaon, Worli, Dadar, Mahim, Bandra-Kurla Complex, Santacruz (East) and past the domestic and international terminals of Mumbai Airport, through Andheri MIDC and terminates at SEEPZ.

The section of the line between Bandra Kurla Complex and Dharavi stations includes a 170-metre-long tunnel passing under the Mithi river. This will be the second under-river metro rail tunnel in India after the tunnel underneath the Hooghly river on Kolkata Metro Line 2.