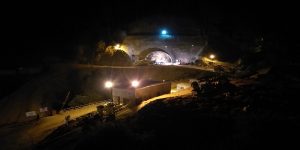 The growth in volume of goods being transported as well as the steady increase in demand for business and leisure travel require the timely development of transportation infrastructure. With the availability of free space in cities becoming rare and the remoteness of certain areas to be connected, such as the Himalayas, tunnels play a crucial role in allowing the transportation infrastructure network to keep pace with the increase in demand. However, delays in the completion of large infrastructure projects can hinder the development of an economy say Markus Tuertscher and Marc Gillmer of the BERNARD Gruppe, an independent, specialized and internationally active company for engineering services. One of the core business areas of BERNARD is tunnelling. It has over 35 years experience in conventional and mechanised tunnelling. The Company is currently involved in prestigious projects like the Silkyara-Barkot Tunnel and the ZojiLa Tunnel, among other projects in India and Bhutan. 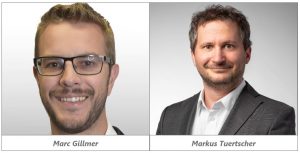 The Government of India has correctly identified the requirement for transportation infrastructure development to match the increased demand. Several large-scale projects, many of them of national importance, have been developed and are currently in the implementation phase. These include the Udhampur – Srinagar – Baramulla Railway Line (USBRL), the Sivok – Rangpo Railway Line, the Rishikesh – Karnaprayag Railway Line, the Delhi – Vadodara – Mumbai Expressway, the ZojiLa and Z-Morh Tunnels on the Srinagar – Leh Highway, or the Mumbai Urban Transport Project amongst many others. A common trait to all of these projects is that tunnels form the backbone of their development.

Whilst some of these projects are still in the initial stages of implementation, others have been in the execution phase for several years and share a further similarity: delays. The BERNARD Gruppe (BERNARD) is involved in all project stages related to infrastructure projects. Experience gained by BERNARD in the execution of multiple tunnelling projects in India indicates that the reasons for delay are often simple but the implementation of improvement measures is often slow. Whilst delays can potentially occur in all projects stages, the greatest impact is experienced during the construction stage. The causes of delays are diverse, ranging from insufficient or incorrect design considerations, poor logistical arrangement, insufficient funding or cash-flow issues. The common causes of delays and basic mitigation and improvement measures are briefly summarised below.

Multiple contract types are currently in use for the development of infrastructure projects in India. For railway infrastructure projects, construction only contracts with design undertaken by the Employer (similar to FIDIC RED Book) is common. However, road / highway projects are mostly executed in Engineering Procurement Construction (EPC) mode. In the EPC type contracts as they are currently executed, contractors are often faced with a poor and often overly optimistic forecast of the expected ground conditions. The design and investigation work undertaken during the feasibility study and detailed project report phases is often inadequate or completed only as a desk study without physical investigations being done on location. Whilst carrying out additional investigations during the tender phase is not reasonable, pricing in the largest expected risks will lead to non-competitive prices.

Furthermore, contractual clauses transferring all the risks associated with the expected ground conditions to the Contractor, combined with the lump sum nature of EPC contracts, subsequently leads to slower excavation progress and additional unforeseen problems during construction. This in turn, can lead to negative cash-flow and budget deficiencies.

Project experience shows that whilst project owners often acknowledge inaccuracies in the expected ground conditions in their tender documents, there is a reluctancy to honour their impact on construction progress in terms of approving claims according to the ground risk transfer clause. Consequently, the increased construction costs borne by the Contractor often leads to a shortage of material, reduced or insufficient equipment maintenance, labour shortages and subsequently to avoidable delays to the project.

The adequate mitigation of these avoidable outcomes is deemed to be essential in order to ensure the performance-based payment of Contractors, which can avoid unnecessary delays. EPC contracts related to underground works require a clear definition of the expected ground conditions in the form of a precise and project-specific geological and geotechnical report. Contractors can plan their works based on these predicted ground conditions, both qualitatively and quantitatively, and the risks associated with the expected ground conditions is borne by the Contractor. Should ground conditions not covered by the forecast be present, these are to be treated as unforeseeable conditions and the ownership of the risk and consequences shall be clearly defined but not be solely borne by the Contractor. The use of the correct conditions of contract, such as the FIDIC Emerald Book, which includes a clause for “Unforeseeable Physical Conditions” (Clause 4.12), provides a transparent framework for how to deal with this problem. The use of the relatively new FIDIC Emerald Book © may be a suitable solution that may be considered by the national highway agencies and other government authorities.

Given their linear nature and the confined space in tunnels, correct construction logistics plays a vital role in tunnel construction. The majority of the individual work steps during tunnel excavation and support are on the time critical path.

A common practise amongst Contractors is the use of 12-hour shifts for labourers involved in tunnel mining. Fatigue as a result of the relatively long deployment period for each tunnel worker often leads to decreased productivity. A major drawback of these 12-hour shifts is that it is impossible to complete them without making allowances for major breaks, such as meals, etc. It is a common practice that labourers stop work for extended lunch or dinner breaks at fixed times, leaving the tunnel face unattended and idling, greatly increasing the likelihood of collapse. A further drawback observed is that, given this long deployment period, shift changes do not take place at the tunnel face but rather outside, resulting in more unproductive time. A further disadvantage of not having a shift change at the tunnel face is a lack of communication of prevailing difficulties. In total, up to 4-5 hours is lost each day, resulting in non-productive times of 15 – 20% every day.

BERNARD’s approach to overcome the above-mentioned issues involves the implementation of 8-hour shifts with:

An 8-hour shift can be relatively easily completed by tunnelling staff without the need for major breaks and without major fatigue setting in. The incentive for the tunnel worker is the same payment for a shorter deployment period. The incentive for the Contractor is higher productivity at the same cost due to reduced number of workers per shift. The incentive for Project Owners is the earlier completion of the project due to a reduction of non-productive time. Projects can significantly benefit from a mandatory requirement of 8-hour shifts along with above considerations in the contractual specifications.

A further issue observed in tunnel construction is the correct excavation cycle organisation, which is partially also related to the skill level of the labours. In particular for projects in the Himalayan region, tunnelling is undertaken in very remote areas and labours are sourced from nearby villages. Whilst the deployment of local residents is a positive and desirable outcome of large-scale infrastructure projects, it increases the requirement for the correct management of labour, shift and logistical requirements. Workers deployed from local villages are often unskilled with relation to requirements of an efficient tunnel site and appropriate training measures needs to be implemented to allow for not only a safe but also efficient working environment.

Essential construction works, such as proper drainage, suitable maintenance of the driveway in the tunnel and material management are often neglected since their influence and impact on the time schedule for completion of a tunnel is not recognised or is not adequately appreciated. While the focus is mainly on the works directly at the face, conditions within the already excavated part of the tunnel are often the main causes of delays, such as slow truck movement due to a muddy driveway.

To overcome these issues, on-site assistance with skilled, international tunnel foremen having hands-on experience in the tunnel can be provided. Their specific task is not only to supervise but also to lead the tunnelling works, often resulting in increased productivity and higher progress rates, all for the benefit of earlier and safer project completion. These foremen are in direct contact with both the labour deployed to the tunnel as well as involved in the organisation of the works. Short communication lines and quick decision making are essential to project success.

A large number of issues encountered are often simple and solutions are generally easy to implement. Projects would benefit from a willingness of Project Owners and Consultants to ensure quality and detail in the preparation of feasibility studies, detailed project reports and tender documents. Furthermore, the willingness of Contractors to improve site logistics, equipment maintenance and shift management would lead to higher productivity and even more cost-efficient completion of transport infrastructure projects.

One of the core business areas of BERNARD is tunnelling. It has over 35 years experience in conventional and mechanised tunnelling. The Company is currently involved in prestigious projects like the Silkyara-Barkot Tunnel and the ZojiLa Tunnel, among other projects in India and Bhutan. 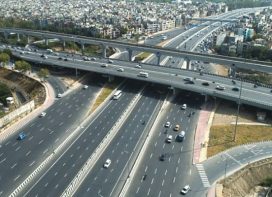 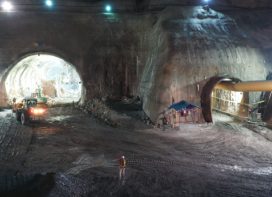