Ranjit Gadgil, Programme Director, Parisar, discusses the safety risks associated with the ever-increasing use of two wheelers in the country, and the need to improve public transport.

Pune, once known as a ?cycling city? has very rapidly transformed into a ?two-wheeler? city, a process which began in the late 80s, accelerating throughout the 90s. With the turn of the century, it was cars that starting making a surge, outpacing the growth rate of two-wheelers. However two-wheelers are and will continue to make up a very large portion of the transport scenario in the city. There are an estimated 18 lakh two-wheelers in Pune, accounting for approximately 75% of the vehicles. 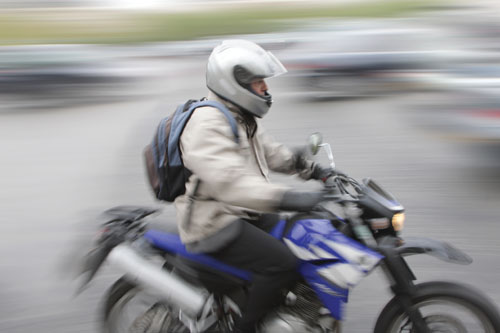 The sheer dominance of the two-wheeler in Indian cities makes for a contrast with the West, where motorcycles and scooters make up a small fraction of the vehicles. The various traffic studies and terminologies focus on the car, with little understanding of the effect of two-wheelers in traffic. While there are some efforts by academicians to fill this void, there is still a severe dearth of good data, analysis and understanding about this mode. Its size, affordability and convenience (especially in typically good all year Indian weather) account for its popularity, but also make it difficult to peg in the framework of urban sustainable transport.

The National Urban Transport Policy in many ways reflects the growing consensus about urban transport around the world. It is now well established that dependence on personal motorized vehicles (auto-domination, in the Western terminology), is the cause of many urban ills. When a majority of the population owns and operates its own vehicles, then, roads and parking ? no matter how much one tries to create them ? will always fall woefully short. This therefore leads to gridlocked cities. In addition, one is faced with severe air pollution and growing road traffic accidents. The desperate attempt to build more roads and parking not only puts a strain on city finances, often to the detriment of other civic services including public transport and pedestrian and cycling facilities, but also reduces green spaces, degrades the public realm and destroys the ethos and heritage of a city. All this has been documented and studied in the West and always in reference to the car/automobile. However, two-wheelers, while sharing some of the same characteristics as a car are different in many important ways.

Two-wheelers are quite space efficient and the cities have the ability to ?absorb? much higher levels of two-wheelerization. Two-wheelers, especially in India, are very cost-efficient, making them increasingly accessible to almost all segments of society, barring the very lowest (economically). Automatic scooters are easy to ride, making them easy to take to by novices and particularly attractive to women riders. Given the state of public transport, women of all ages find the convenience and comfort of a personal vehicle far more attractive. Not surprisingly, two-wheelers make up 72% of all registered vehicles in the country with an estimated 130 million vehicles, growing at 10-11% annually.

Various studies have estimated that in cities, two-wheeler users, cyclists and pedestrians make up 60-90 % of all fatalities. It is in this context that Parisar, a Pune based NGO working on urban transport issues, supported by Embarq, undertook a study of two-wheelers in Pune. It consisted of a detailed interception survey of 1000 two-wheeler riders and a set of stakeholder interviews.

The surveys also covered the household members. In addition to basic demographic information, data about the primary mode of transport, vehicles owned, usage patterns, stated preference for shifting to other modes, accident information, and opinion about the helmet law was gathered.

The highlights of the survey were

? 70% of the accidents involved either falling off the bike/slipping or a collision with another two-wheeler

? 50% of the users said they used the two-wheeler as a ?family? conveyance

128. Safety measures for drivers and pillion riders.-(1) No driver of a two-wheeled motor cycle shall carry more than one person in addition to himself on the motor cycle and no such person shall be carried otherwise than sitting on a proper seat security fixed to the motor cycle behind the drivers? seat with appropriate safety measures.

Provided that the provision of this section shall not apply to a person who is a Sikh, if he is, while driving on riding on the motor cycle, in a public place, wearing a turban:

Provided further that the State Government may, by such rules, provide for such exceptions as it may think fit.

The Govt. of Maharashtra decided, as per the Maharashtra Motor Vehicle Rules (Rule 250), that only persons riding a two-wheeler of capacity greater than 50cc on State or National Highways outside of Municipal areas would be required to wear a helmet. Everyone else was exempted.

This Rule was challenged in a PIL filed by law students of Symbiosis Law College. The High Court in its order in 2003 upheld the PIL and ordered that the State of Maharashtra had to implement the law under Section 129 making helmets compulsory, but allowed this to be done in a phased manner.

As of 2005 the Government had still failed to implement the law owing to public pressure, so the Government cited the lack of availability of helmets as an excuse. Once again a PIL was filed and the Court once again directed the Govt. of Maharashtra to implement the helmet law as per the recommendations of the April 2002 report of the Road Safety Committee of the Govt. of Maharashtra.

As of today, the Police still do not enforce the helmet law citing lack of personnel and lack of cooperation from the public. They challan riders for not wearing a helmet only if caught for other traffic rule infractions.