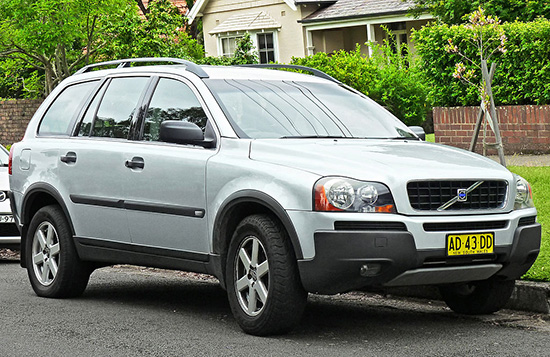 Swedish automaker Volvo has plans to introduce a host of new safety features in its new vehicle – the XC90 SUV. Among the features planned are: safe positioning, junction braking systems, lane departure warning system, roll-over prevention system, road sign recognition and blind spot monitoring systems. The Safe Positioning system is a run-off road protection which will minimise the impact of accidents when a car is thrown off the road due to driver distraction, fatigue or poor weather. When the possibility of a potential crash is detected, the Safe Positioning feature tightens the seat belts. This, along with energy-absorbing seats, minimises spinal injuries in accidents. The car will also have rear facing cameras that detect situations when the car is about to be hit from behind and thus tighten the seat belts to protect the occupants. Also introduced will be, what Volvo says, is the world’s first, junction braking system. This autonomous system, on detecting a potential crash-like situation, applies brakes automatically to avoid or minimise damage. It also pre-tensions the seat belts and activates lights to warn the driver behind. The system also protects the vehicle against moving into an oncoming car’s path. It forms part of the XC90’s City Safety auto braking system, which can also bring the car to a stop if it senses a collision with a pedestrian or cyclist. The XC90 is expected to be launched in 2015.