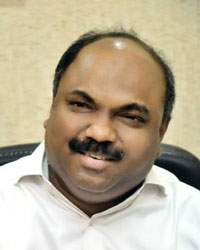 Anil Parab, Transport Minister, Government of Maharashtra speaks about his priorities, importance of technology in road safety and plans to rejuvenate the State Transport Corporation in an exclusive interview with Rahul Kamat

As the newly appointed Transport Minister of Maharashtra, what are your priorities which you would like to take upon a warfooting note?

The latest example of road safety negligence is an accident happened between an auto and state transport bus in which all the people travelling in the auto died on the spot. In such accidents, we are unable to understand who’s at fault.

Because, as per onlookers, the state transport bus was speeding, which led to this accident. However, on the other hand, the auto was filled with overcapacity. We are thinking about training to all the state transport drivers so that they can adhere to the speed limit and avoid such lifethreatening accidents. Recently, I met the Chief Secretary of Maharashtra, and have asked to submit a report on several measures that can be undertaken to minimize the road accidents. As per my understanding, a study was conducted by the previous government on road safety, however, we are yet to analyze how effectively it was implemented, and what is the result till now.

Besides, I have instructed my officials to share the report on the conditions of state transport buses. This is mainly to check if they are viable to run on the roads or not. We are also planning to realign the routes for state transport buses considering some of them are loss-making.

What is the ground reality on road safety in the state?

Road condition is just one factor amongst many when it comes to road safety. The commuters must adhere to the travel rules too. Because if the travellers comply with the traffic rules, accidents would automatically reduce. So, our government will start the road safety awareness programme soon. Besides, we are also identifying blind and black spots along with other agencies to reduce the accidents.

Technology will play an important role in road safety…what steps are being taken in this direction?

As far as technology is a concerned, we are likely to implement speed governor in all the state transport buses. However, we are yet to finalize the speed limit. In the end, every life counts and with the implementation of speed governor, I am sure, we will bring down the road accidents. In fact, even private operators must implement such technology so that they can also set examples and take one step forward in road safety direction. We also want to implement the tracking system in all the state transport buses so that the concerned department can track each and every route, time of arrival of the bus, halt time and consumption of fuel. This will definitely improve the time management of the transport department and will bring discipline. The Ministry is in discussion with a company and has awarded a pilot project where the bus conductor is equipped with a GPS-based machine so that it will be easy for the depot manager to track the bus. But, since the transport department is in losses, and cannot implement such technology on its own, we are envisaging public-private partnership. Through your magazine, I would like to invite technology players and help us with some good technology which can take care of road safety and making our transport department profitable.

Meanwhile, we are also going to install automated test tracks at Regional Transport offices around Maharashtra. We will first start this initiative in Mumbai. There will be no human intervention at any stage of the test, and license is issued on the basis of the assessment made by computer. We have already submitted proposal for having automatic driving test simulators; the second one being vehicle inspection and certification centres. Both these have received approval with a fund allocation of Rs 296Cr.

Will the ministry be not exploring modernization of depots across Maharashtra?

We are taking steps in this direction and have already shortlisted around 150 depots for modernization. Considering the transport department has huge landbank across Maharashtra, such modernization will shape the department revenue-wise, which are facing losses. Under this plan, we want to get the essence of Maharashtra while designing these depots so that they will look identical yet with regional importance. There has to be a pattern. The whole idea of depot modernization is to explore how the transport department can commercially leverage its land bank. Besides, we would like to see all our depot digitized with video walls which can generate revenue for that particular depot. The ministry has already awarded three depots in the state for modernization.