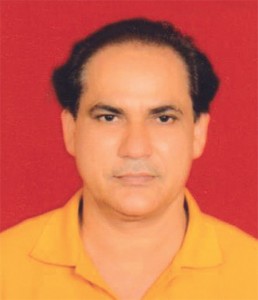 Concrete is a very durable material for the construction of roads and highways. Several hi ghways, expressways and city roads have been constructed with cement concrete in the recent past in India. Cement concrete has been also used for the rehabilitation of existing distressed bituminous pavements.

Rutting of bituminous pavement is a real problem in hot climate like in India with heavy truck loads operating under frequent start/stop conditions. It is commonly applied where rutting of bituminous pavements is a recurring problem. Concrete overlays offer the potential for extended service life, increased structural and functional capacity, reduced maintenance requirements and lower life-cycle costs when compared with bituminous overlay alternative.

Concrete overlays have been used to rehabilitate both the existing bituminous (flexible) pavement since 1918 and existing concrete pavement since 1913. Whitetopping in its various forms have been used in USA and Europe on airports, Inter-state roads, primary & secondary highways, local roads, streets and parking lots to improve the performance, durability and riding quality of deteriorated bituminous pavement surfaces. There has been a renewed interest in whitetopping, particularly, in Thin & Ultra-Thin Whitetopping during the last decade. This has been possible due to several successful high profile projects executed in USA and Europe. Their effectiveness has further renewed interest in them because they satisfy the demand caused by rapidly deteriorating highways confronted with limited fund availability. Whitetopping of all types, viz; Conventional Whitetopping, Thin Whitetopping (TWT) and Ultra Thin Whitetopping (UTWT) offer immense potential as a rehabilitation strategy for Indian roads. Several successful projects have been executed at Pune, Mumbai, Delhi, Nagpur, Jaipur and Bangalore in the last few years. The performance of these sections has been found to be satisfactory.

Whitetopping on existing bituminous pavements provides many additional benefits as compared to conventional bituminous overlay alternative. Some of the benefits are:

• Bituminous overlays exhibit a more rapid loss of serviceability as compared to concrete whitetopping at some critical locations. The lives of successive bituminous overlays become progressively shorter after the first overlay.

• Deformation like rutting and cracking predominant in case of bituminous pavements is normally absent with concrete surfaces of whitetopping. This is particularly true in a hot climate like India.

• Conventional Whitetopping improves structural capacity of existing bituminous pavement, if built on a strong base course, and it impedes structural distresses.

• Whitetopping requires much less maintenance and as such involves much less frequent lane closures of road, as compared to bituminous surfaces.

• Whitetopping is quite cost-effective to tackle annual budget constraints and high traffic levels. It is, therefore, quite relevant to Indian conditions.

• Whitetopping can uniformly fill ruts in the wheel path of bituminous pavements more effectively because concrete is far more stiff and consistent at high temperature than bituminous mixes. Broadly, for similar reasons, the occurrence of cracks is also relatively much less in case of whitetopping.

• Fuel consumption on concrete roads has been found to be less than the bituminous roads.